New Release - Scriptures for the Journey 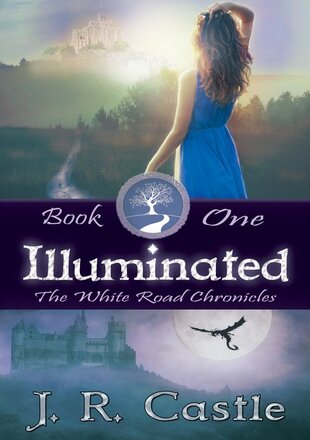 ​Get Your Copy For FREE--

Welcome to the kingdom of Alburnium

If the Wizard of Oz swept you away and Narnia enchanted you, then follow the White Road Chronicles for a new kind of adventure.

Illuminated: Book One- begins with a girl in search of the truth.
Alyra, mockingly known as Princess, was captured at an early age by the evil ruler, Darnel, and brought up in the dark land of Racah. Now, at the age of seventeen, she considers herself nothing special. She has no recollection of who she is or where she came from. Her hope of ever finding freedom dims.
Until the messenger arrives. Until he brings to light the meaning behind the medallion she's kept hidden. Until she accepts the blinding truth.

Now she flees for her life.

Alyra’s journey leads her down a narrow road with strange traveling companions. Together, they encounter a kingdom where nothing is what it first seems. 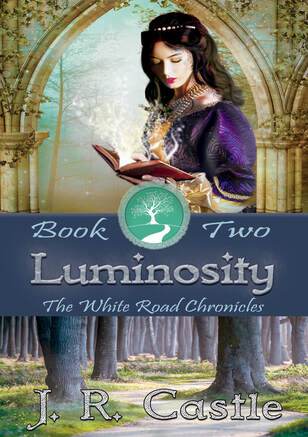 Eighteen-year-old Alyra’s joy of being reunited with her family fades when Prince Issah sends her beloved friends away on quests across the kingdom. Allies must be gathered to stand against the dark ruler, Lord Darnel.

The reclusive dragons happen to be necessary allies. Alyra’s friendship with the young drake, Crystal, offers a slim hope of being heard by them instead of being burned.

Alyra must attempt her own quest and travel to Drakensburg with her resentful brother, Ethan, a Messenger, who doesn't trust her, a prankster Okbold intent on honoring his debt to her, and a unseen Guardian Instructor, who must teach her how to use the Illuminate’s gift before they reach the dragons' hold.

Ethan has the words to persuade the dragons. Alyra carries the red fruit of the white tree to present as a peace offering. Until she finds Tarek, beaten and near death. She must choose between using the fruit to save the man she loves, or the kingdom she serves.

​Alyra stared at the White Road.

​Felt it beckoning, calling her to complete the quest to convince the reclusive dragons to rejoin Alburnium.

Lord Darnel haunts the dreams of his Princess. The dark ruler of Racah refuses to give up his hunt to return Alyra to his castle where he can control her powers.

Tarek holds the truth of his life in Racah with Alyra a well-guarded secret. Despite his reservations, his heart leads him to join Alyra’s journey and protect her from the dangerous drakes. But in the midst of their travels, something greater than either anticipated comes to light between them.

The centaur friends, Lotari and Stitch, are under pressure to complete the Wilderland Meeting Hall before the Dwarf King Lucien brings war upon them.

Katrina the Curian continues the search for her missing kin while keeping her linage a secret. With the use of a magical looking device, she may either have found the break-through she's needed, or exposure of her tightly kept secret.

Jerin the Warrior continues his trek, with the Alburnium warriors, gathering reinforcements to stop the Dark Lord. But with each place they visit, they find the Racan leader's power and strength growing beyond what anyone could have imagined.

​The Truth Comes Out...Choices Must Be Made...

The Dark Lord Darnel knows a Curian has returned to the Halls of Knowledge. He must stop this spark before it turns into a raging fire.

Alyra's memories have returned. The staggering truth about her past and her former master is more than she can bear. While Lotari and Stitch try to finalize the building of the Wilderland Meeting Hall, she and Ethan are proving to be a hindrance to their plans. Alyra must decide if she should stay and work through the trials facing her quest, or give in to Lord Darnel’s demands.

Katrina has more help now than she knows how to handle. Tarek, the Racan traitor, is now in her service along with the warriors Jerin and Carah. Jerin is commissioned to help train the townsfolk as they attempt to reclaim the city of Denovo. Katrina must decide if she should give up the search for her missing peoples, or stay in hiding from the one who knows her secret.

Alburnium can only be saved if everyone will put aside past grievances and stand together for the common good. Unfortunately, wounds run deep and forgiveness means  mean weakening defenses in a time when a strong defense is needed more than ever.

﻿
​A passion to stand ignites in the hearts of the Alburnium people....

The time has come to band together and stop the evil ruler from taking over Denovo and Wilderland, but the friends of Aloblase are still scattered across the land. Sacrifices will need to be made and promises broken if they hope to keep the cities intact.

Alyra and Tarek’s patience wears thin with the lost remnant of Curians hidden in the mountains of Tarest. Locked away in the dungeons, Tarek is ready to bring the mountain down on the stubborn Wisdom Keepers while Alyra hopes to reach a peaceful solution. However, the suspicious Curians have their own way of dealing with trespassers.

Lotari and Stitch struggle with the choice to wait for Darnel to make the first move or attack head-on before the evil lord's forces reach the borders of Wilderland.

Jerin and Katrina work to fortify the borders of the ancient Halls of Knowledge. Hope that the Curians might soon return are hindered when Racah’s supporters threaten all they’ve worked hard to build in the city of Denovo.
​ 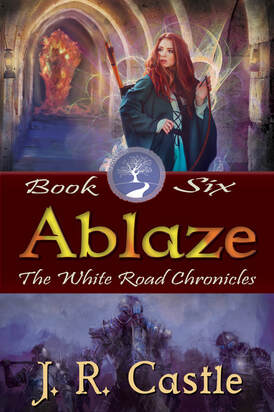 ​They've anticipated this time, yet dread it more than any of them care to admit.

A pang of remorse penetrates Alyra’s chest. She should have tried harder, ran faster, done whatever it took to keep her former master, Darnel, from kidnapping the Curian, Katrina. Now poor Kat is all alone, probably locked in a dungeon, in the dark mountain stronghold of Racah.

What plans were being made to rescue Kat? And when would Tarek come back to Alyra as he promised? His last message said he should have already returned…so what kept him away? Jerin, along with his centaur friends, Lotari and Stitch, anticipate the move against Racah, but Prince Issah has delayed. When Jerin is finally able to ask Issah about his battle plans, the prince seems distracted, staring into the nearby fountain with his gaze locked onto the rippling surface. Leaning forward, Jerin looks harder, wondering what Issah is staring at when a vision forms.

A familiar man is standing on a platform with arms tied behind his back. He’s surrounded by an angry crowd. Jerin is curious about the vision until Issah confirms that before they can advance on Racah, they must first rescue Tarek. The Empowered Illuminate is an important component to their success in defeating their enemy.

The final installment of The White Road Chronicles leads Alyra and her friends to the Mountain stronghold of Racah for a final confrontation with the cruel ruler, Darnel.
Meet The Characters 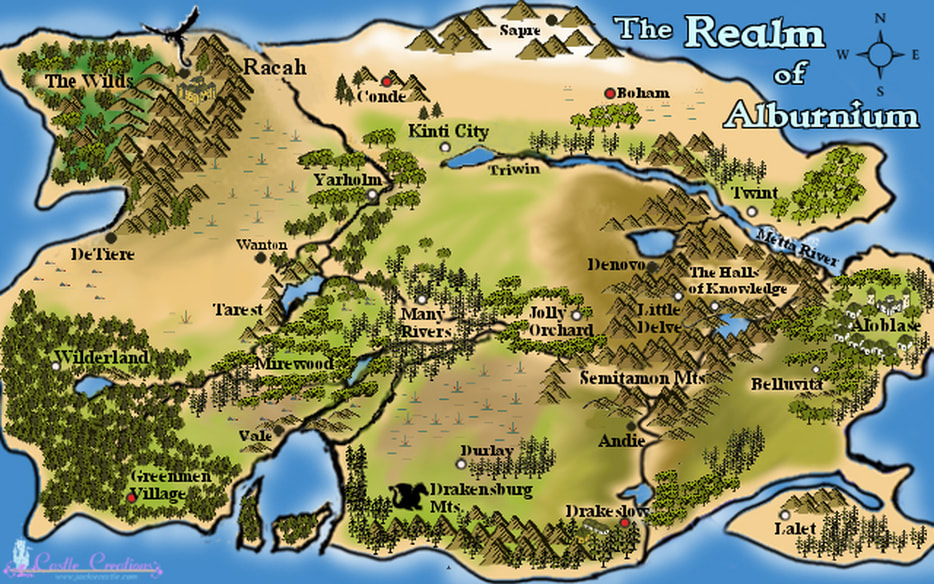